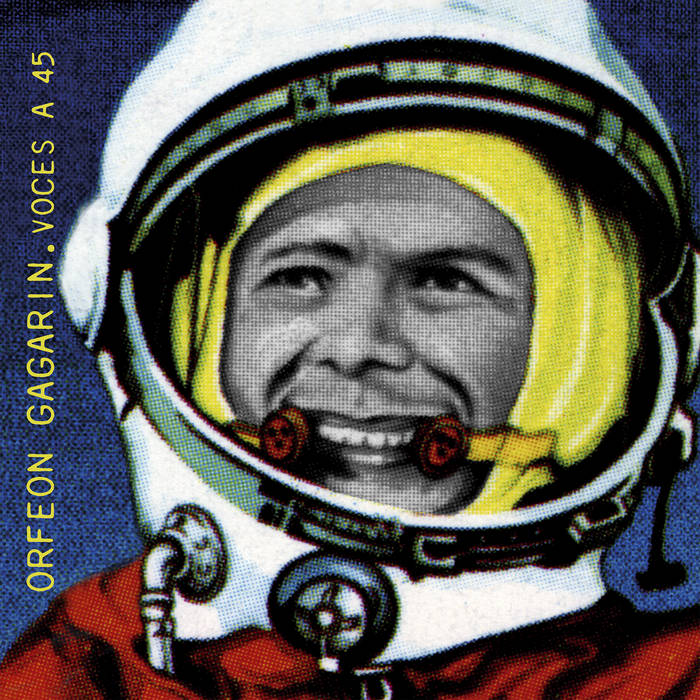 ORFEON GAGARIN is the Miguel A. Ruiz’s main project, a veteran electronic musician from Madrid (Spain). Ruiz's music has been the best-kept secret of Spanish underground electronics since the early eighties until now, although he´s not as well known internationally as other contemporary musicians (Esplendor Geométrico, Francisco López, or Diseño Corbusier, to name but a few).
In 1986 he released his first cassette on his own label Toracic Tapes. Since then he has remained active at the international network of independent electronic music and has collaborated with musicians from different countries such as Cisfinitum (Codachrom), Siegmar Fricke (Efficient Refineries) Dieter Mauson, Francisco López, Stefano Barban, etc. He has composed many solo albums in all formats, especially on cassette, using several aliases: Funeral Souvenir, Exhaustor, Michel Des Airlines, Ventral Metaphor, apart from Orfeon Gagarin. His first vinyl LP was "Encuentros en la TerceraEdad" (1991) produced by the German electronics master AsmusTietchens on his label Hamburger Musikgesellschaft. In addition, he has published with other respected international labels like Discos Esplendor Geométrico, Old Europa Café, Aquarelist, Monochrome Vision, Menstrual Recordings, etc.

Fascinated by the sonic possibilities of analog and digital synthesizers and other studio techniques, Ruiz's style is fantastic and surprising, with an imagination that can be considered as overwhelming. Science, technology, Soviet space race, Borges, surrealism, clinical pathologies, black humour or extra-planetary life…, whatever eccentricity has a place within the microcosm of this artist. He has a wide range of musical references: post-industrial music from the eighties recorded in home studios, German cosmic music from the seventies, pioneers of electro-acoustic music, Japanese techno pop, old and strange film soundtracks, retro-futurism, mutant pop, ambient, etc.
At present, Ruiz is experiencing one of the most active and best creative moments, VOCES A 45 is his latest album, a vinyl LP format with 9 tracks recorded in 2018 at his own Toracic Studio. It´s the seventh work as Orfeon Gagarín. A limited edition of only 250 copies in white vinyl.
www.rotordiscos.com/catalogo/voces-a-45/3928/

Artwork By – Alonso Urbanos
Composed By – Miguel A. Ruiz