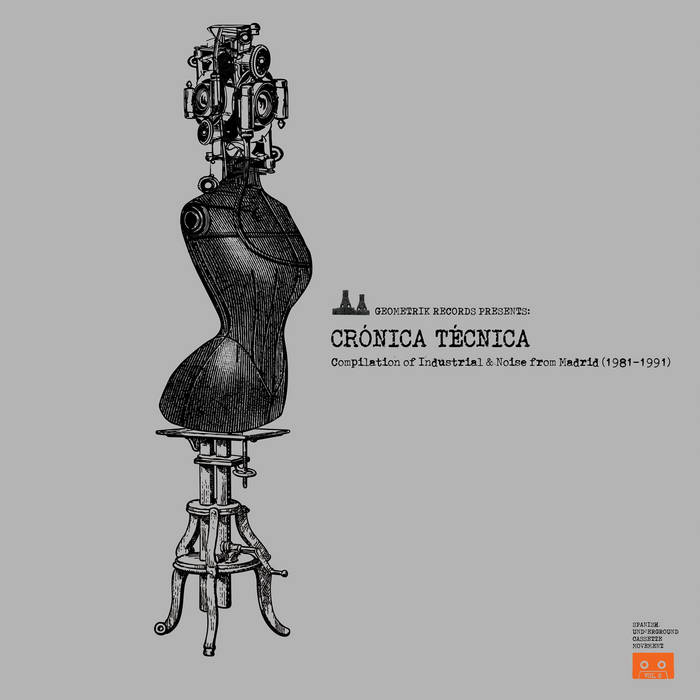 During the eighties, in Spain, as in many other countries all around the world, tons of electronic music cassettes appeared, often unipersonal, where the artist himself became the editor and distributor of his works. It was DIY at its purest! The appearance of the multitrack recorder and cassette duplicators helped the emergence of this phenomenon that became an international underground movement. The first cassettes published in Spain, framed within the electronic music. Pioneers such as Esplendor Geométrico (EG-1, 1981), La Otra Cara de Un Jardín (1981), and el Internado (the first project of fame Francisco López). Shortly after, artists and labels appeared throughout the Spanish geography, such as Ortega y Cassette and Laboratorio de Música Desconocida, both in Barcelona, ​​Auxilio de Cientos (Granada), Interacción (Madrid), El Consumo del Miedo (Jaén), Necronomicón (Puertollano), STI (Zaragoza), and on and on.

The underground electronic scene in Madrid during the eighties was agglutinated largely around cassette labels such as Toracic Tapes (directed by Miguel A. Ruiz), I.E.P. (founded by musician Luis Mesa), Proceso Uvegraf (by Juan Teruel), and EGK (the sub-label for cassettes of Discos Esplendor Geométrico). CRONICA TÉCNICA is a compilation of themes from this scene recorded between 1981 and 1991, most of which were originally published on cassette, and which focused mainly on Industrial, noise and experimental music. Some of the musicians, such as Uvegraf or Miguel A. Ruiz, are still active.

Followers of the Industrial music and the experimental underground of the seventies and eighties (the first discs of TG and Cabaret Voltaire, Esplendor Geométrico, Maurizio Bianchi, SPK, Asmus Tietchens, etc.) will appreciate and be surprised with this selection for its quality, specially thinking that this music has been kept hidden in the totally unknown since then.

The selection was made by Andrés Noarbe, manager and editor of Esplendor Geométrico since its’ founding in 1980 and director of the pioneer label in publishing electronic music in Spain: Discos E.G. (now Geometrik Records). He lived this movement of cassette labels in Spain in the first row from the beginning, and met most of its protagonists. None knows the scene best, plus he has kept in the scene ever since then.

CRONICA TÉCNICA is edited by Geometrik Records in collaboration with Munster Rec., and is the second volume of the Spanish Underground Cassette Movement series after the first one: Fungus Cerebri, dedicated entirely to Esplendor Geométrico and still available.