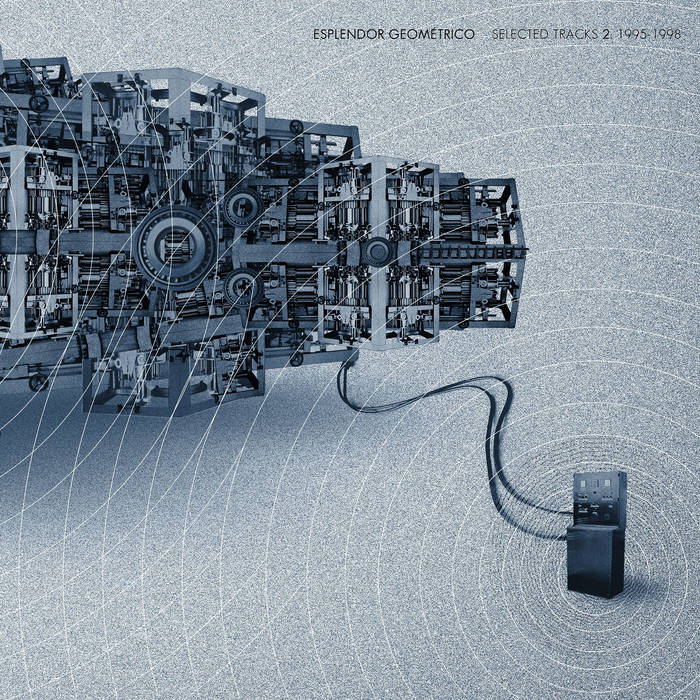 Selected Tracks 2 is a double album (in gatefold cover) with a new selection of tracks recorded by Esplendor Geométrico between 1995 and 1998. Ten of the thirteen tracks appear for the first time on vinyl !,and some rarities, only published in very limited CD-R during the nineties and without distribution, are also included.

E.G. are pioneers and masters of rhythmic industrial music since their formation in Madrid in 1980, enjoying international cult. During the nineties they developed their unique and unmistakable style, influenced by the new synthesizers of those years and digital technology.

In this double album we find machine and hypnotic rhythms, metallic sounds, tribal sonorities, distortion, collages with voices ..., which also show their influence on the current trends of industrial techno. The songs have been chosen from albums like POLYGLOPHONE (released only on CD in 1997), EN-CO-D-eSPLENDOR (published in Japan only on CD in 1998), and EXCLUSIVE LIVE TRACKS that do not have studio versions: "Al Asalto", "Nuevo Frente", "Elektrozavod", or "Ciudad Électrica”. Also included are three tracks from the Syncrotron EP (Hymen 1988)
“When I think of the word Industrial... I think machines , gears , factories with tall smoke stacks. Esplendor Geometrico means exactly that to me. Hard minimal rhythmic machine music that grinds like a huge device that is cutting metal girders for large buildings. Though most would quote bands like Throbbing Gristle ,Neubauten & Coil as being the truest form of industrial , the music of Esplendor by far best describes the word industrial when applied to music”. (Adam-X, 2004)

All tracks written by ESPLENDOR GEOMÉTRICO: Arturo Lanz & Saverio Evangelista From 1995 to 1998.
Design by Alonso Urbanos
Selection and concept by Andrés Noarbe
Remastered by Miguel A. Ruiz 2018