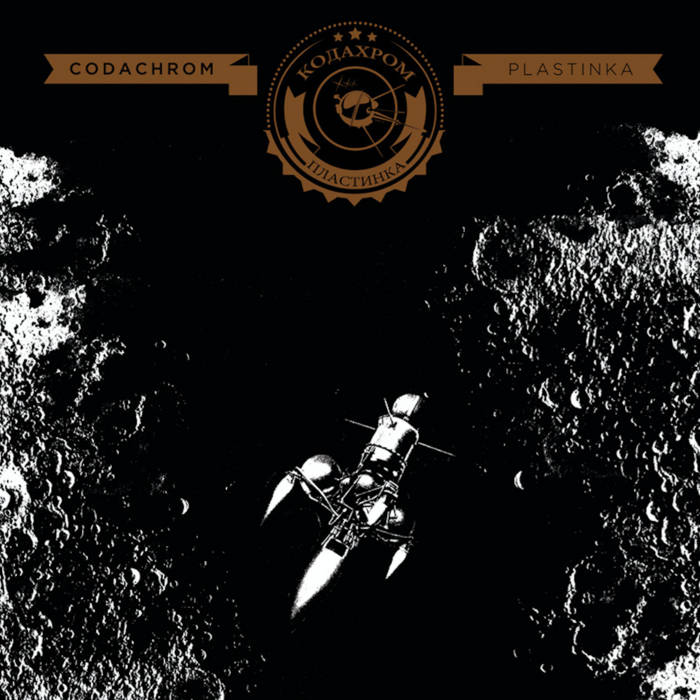 CODACHROM is the duo formed in 2012 by Eugene Voronovski (Moscow) and Miguel A Ruiz, from Madrid. Voronovski is one of the most renowned musicians of the current Russian electronic music scene. One of his most acclaimed projects is Cisfinitum, within the so-called industrial-drone-ambient scene. He collaborated with Miguel A Ruiz in the past on the amazing “Ornaments” CD (Longs Arms, 2007) also with Alexei Borisov. Ruiz is one the most noted Spanish electronic musicians since the mid 80s. He has recorded under many aliases (Orfeón Gagarin being the most popular) and has released records on every format. In 1986 he created his own cassette labels (Toraic Tapes), where he released many of his works, and in 1991 he put out his first album, “Encuentros en la tercera edad”, produced by Asmus Tietchens. Since then he has released his music on CD and vinyl on labels such as Línea Alternativa, Menstrual Recordings and Discos Esplendor Geométrico/EGK, among others.

CODACHROM is a new electronic-rhythmic project, born out of the exchange of sound files between these two musicians, created with analogue drum machines, assorted synthesizers, modified video game consoles, vocoder and Eugene’s processed violin. Computers have only been used in the editing of the final sound but not in the composition process, which gives this record a freshness and a completely retro feel reminiscent of the electronic pop of pioneering artists, 70s space electronic disco music and 80s tecno-pop.

PLASTINKA is the perfect music for a sidereal party. It’s inspired by moon craters, especially the great crater Tsiolkovskiy, located in the far side of the Moon, to the west of crater Gagarin. That’s where, from time to time, these two talents of current European music gather up and turn on their machines, offering spontaneous live shows to strange beings that rise up from the nearby craters. With a bit of luck, the flickering lights of their synthesizers can be seen through a telescope from our planet.